Former CEO at Ready At Dawn Studios® and COO at Blizzard Entertainment® to strengthen the Austin and Toronto-based independent AAA game development studio.

Awarded Studio of the Year* in 2021 and Best Place to Work* the same year, Certain Affinity is one of the game development world’s best kept secrets. Founded in 2006 by former Bungie® multiplayer and online lead Max Hoberman, Certain Affinity has made a name for itself by partnering with world-class studios on world renowned franchises like Call of Duty®, Halo®, World of Tanks®, Left 4 Dead®, Hearthstone® and many more.

For the past three years, Paul Sams has operated in the capacity of lead strategic advisor for the company. He has built a strong rapport and relationship with the company’s leadership team and has helped to formulate the company’s future strategic plan. Bringing this partnership to the next level feels very natural in order for Certain Affinity to realize its full potential.

Paul Sams, Certain Affinity’s new President and COO said: “I am blown away by what CA has accomplished over the years. When I first saw their portfolio of releases I was amazed, and it has only gotten stronger since, including on games the world hasn’t yet seen. Max, Mojdeh, and the rest of the company’s leadership and highly talented team have built an amazingly healthy, supportive, no-nonsense culture that thrives on getting work done, and done well. I am excited to bring my years of proven experience growing companies, building beloved franchises, and deeply supporting developers to CA to ensure that their best work is yet to come.”

“Austin is our headquarters and continues to be the home of a majority of our staff,” Paul added. “We will continue growing here and continue investing in this city and community, while also accelerating our expansion through our fully-integrated development studio in Toronto and through continued expansion of remote work into new states and territories.” 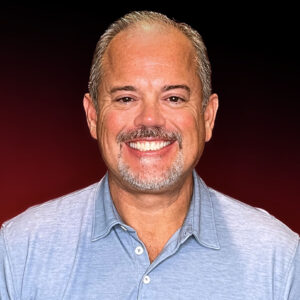 Max Hoberman, CEO of Certain Affinity added: “I have an immense amount of respect for Paul and all that he has accomplished in his career to date. I knew from the first day we met that we were remarkably like-minded in our approach to business, game and franchise development, and people. My proudest accomplishment is the value-led, inclusive, and quality focused culture that we’ve built at CA. Bringing Paul on board full-time will allow us to continue to nurture and grow these qualities, scale our business to support our game development aspirations, and frees me up to focus primarily on game development.”

“It’s been many years since I’ve had the luxury of having my focus primarily targeted at making games, but I’m seriously looking forward to applying the proven skills I have as a developer and a leader to the amazingly talented group we’ve assembled at the company. I am excited to partner with Paul and our key leaders to guide our company’s evolution to being both a world-class co-developer and a world-class lead developer—and ultimately to Certain Affinity becoming a household name.”

Certain Affinity is seeking a variety of skilled and passionate team members in Austin, Toronto, and remote to join the company to help it reach its goals. A full list of current job openings can be found at certainaffinity.com/careers.

Certain Affinity (CA) was founded in 2006 as a bootstrap startup with the goal of creating innovative, top-quality action games. The Austin-based company brings together an exceptionally experienced, unusually talented group to form the largest independent developer in Texas, with a second, award-winning studio in Toronto, Canada. The company’s 240+ full-time employees include veterans from dozens of successful game studios, with Max Hoberman, CA’s founder and former Multiplayer and Online Lead for the Halo series at Bungie®, serving as CEO and head of development, and Paul Sams, former CEO at Ready At Dawn Studios® and COO at Blizzard Entertainment®, serving as President & COO.