[NOTICE] We are aware of some individuals using our company name, providing instant hires. Please note that is a scam.

The beginning of November always marks a special time for Certain Affinity, as we grow a little bit older. This year we mark 13 years in business by taking on new and exciting projects while continuing to grow our team. As we’ve officially hit the teenage years, we had to celebrate the milestone with a dual-location party across our Austin and Toronto studios, both providing a unique flair. It has been an amazing journey to get to where we are today and we have enjoyed the ride along the way. We Couldn’t be more proud of what we have built as a studio.

Now that we’ve recovered from all the cake and champagne, we look forward to the coming year with renewed enthusiasm.

Several months prior to becoming a teenager, Certain Affinity officially joined the 200 Club when we surpassed 200 full-time employees across our studios. It’s a momentous milestone; a company that began with a handful of employees as a bootstrap start up is now the largest independent game developer in Austin, TX. We of course had to celebrate with cupcakes and a signifier of the occasion. Clearly we will use any excuse to indulge in baked goods. We look forward to many more milestones as we continue to grow as a company. Here’s to another decade of kicking ass and making games! 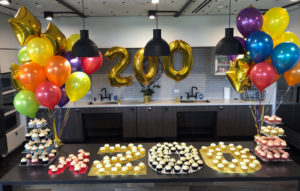 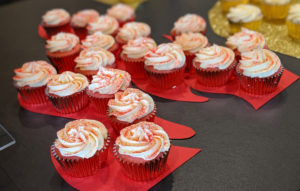 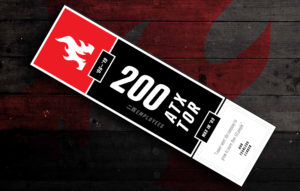 CA was founded in 2006 as a bootstrap startup with the goal of creating innovative, top-quality action games. Our employees include veterans from dozens of successful game studios, and we have built a strong reputation as the go-to co-development partner for AAA action titles, with recent contributions to Crackdown 3, World of Tanks, Call of Duty, Halo, and DOOM. Over the years, we’ve been lead developer or co-developer on more than 30 products across 13 different franchises, with combined sales of more than 100 million units. The company’s leadership has taken a calculated, long-term approach to building the business, and is proud of our track record: profitable every year and never once laying anyone off.

Certain Affinity’s rare exposure to so many top-tier developers, publishers, technologies, and franchises has helped the company build a one of a kind, world-class team and studio ready to take the helm on original game development, and we’re excited to see what the future holds.