Looking for a new career? We're hiring for Austin, Toronto, and REMOTE! >> 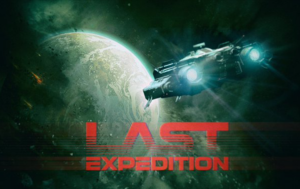 AUSTIN, Texas (December 12, 2021) – Gala Games, the successful blockchain gaming platform, announced today a partnership with AAA developer Certain Affinity to bring their original IP Last Expedition exclusively to the Gala platform. Certain Affinity was founded by and is led by industry veteran and former Multiplayer and Online lead for Halo 2 and 3, Max Hoberman, who aims to pair the quality of a AAA FPS with the benefits of blockchain gaming. The game was revealed to attendees in a surprise hands-on gameplay session at Gala Games’ Galaverse in Las Vegas this weekend, an immersive event paid for by the community—for the community—to celebrate the Gala Games metaverses.

“There have been pivotal moments in the FPS genre, like 007 Goldeneye showing it was possible to make a compelling console shooter while Halo perfected the feel of it and brought it online. At Gala Games we want to help Certain Affinity introduce blockchain to the FPS world, and have it be another pivotal moment,” said Gala Games’ President of Games, John Osvald. “Last Expedition is a blockchain game you want in your library alongside the rest of your absolute favorite titles.”

In Last Expedition, groups of players face off against a hostile alien world where everything is trying to kill them. Building and earning critical weapons and supplies is as vital to survival as teamwork. Player resourcefulness is constantly tested alongside their FPS skills. Items obtained in the game will be truly owned by players, including characters, weapons, and much more.

“Blockchain is an interesting concept, but I haven’t seen anyone really push the envelope in terms of what the technology is capable of supporting,” said Max Hoberman, Founder and CEO of Certain Affinity. “It’s exciting to partner with Gala Games as we share a vision to make something that’s never been seen before and to set a standard in blockchain gaming that will be hard for others to match.”

Certain Affinity has been working on Last Expedition on and off for several years as a passion project. “We’ve been so busy with our other work that we haven’t been able to give it the attention it deserves,” said Hoberman. “But we ‘found the fun’ in it a long time ago, and as the demo shows, it’s still an awesome experience. The Gala Games team got it immediately. As originally conceived it was already a great fit for blockchain gaming, and we’re excited to partner with them to help give it a dedicated development team to bring it to the rest of the world, and in a trailblazing way.”